Welcome to the third Offshoots Symphony project blog. This month i have recorded bees and summer birds and have finished an initial stereo version of Spinner. The Preston Citizen wrote an article about the project after receiving our press release, (there’s a link at the bottom) and the Permaculture Association promoted my project in their June E-bulletin. 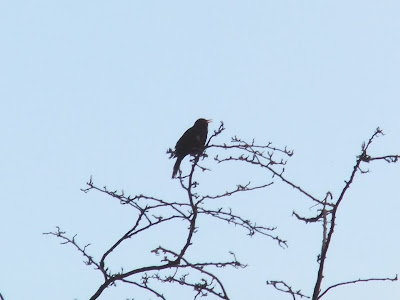 On the night of the 16th of June i stayed over at Offshoots again with the intention of recording Owls in the night, summer birds at dawn and bees in the morning. It was a beautiful still, warm night and I had been told that the owls were very active the previous Friday when people had stayed over for a charcoal burn so I expected lot’s of owl activity. At ten past twelve there was a hoot, it was the only hoot, i stayed awake until about one thirty listening and recording but there were no more hoots. The owls obviously don’t want to be recorded! I will try again.
.

I woke with the alarm at four am and set up for the dawn chorus. This was wonderful, lots of twittering swallow, cooing wood pidgions, cawing crows and very little traffic. At around five thirty a blackbird sat at the top of a small tree near the bodging yurt and sang a series of beautiful varied melodies that went on for over half an hour. It was as if this amazing bird was performing just for me, giving me lots of great material to work with. This all lifted my spirits immensely after the disappointment of the owls the previous night.

At around eight fifteen Eddie Jackson, who is looking after the bees at Offshoots turned up to assist me with recording them. We donned out protective bee keeping outfits and set up the microphone over the first of the three hives at Offshoots. It was a very sunny morning and the bees were quite active. We made recordings of all three hives over a period of about forty minutes, the last and largest hive being the most active, and again got some great recordings. We tried to do this in as considerate and brief a way as possible as the bees prefer to be left alone and i got all the bee material i will need for the project. So a super successful night and morning overall.

Also this month i have developed my spinner track as far as i want to go with it before putting it into context with the elements that will surround it which will fill it with bird melodies which will interact with it’s rhythms and be a big part of it’s overall vibe. The final mix will be in surround, I have put a three minute stereo excerpt of it in its current form on my MySpace page and you can also listen to it here:

In august i will be doing a Wildthing Family Day sound art workshop at Offshoots on the 12th of august which will be main feature of the next blog. 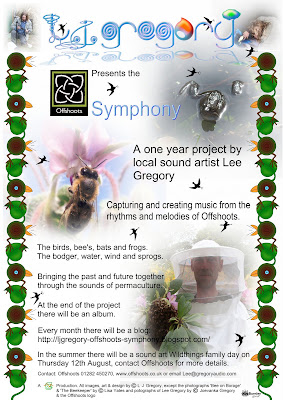 Many sincerest thanks to: Joe, Phil, Lisa, Alan, Jackie, both Eddie’s, Chris and the birds, frogs, bee’s and bats for their continued help, support and enthusiasm for this project.